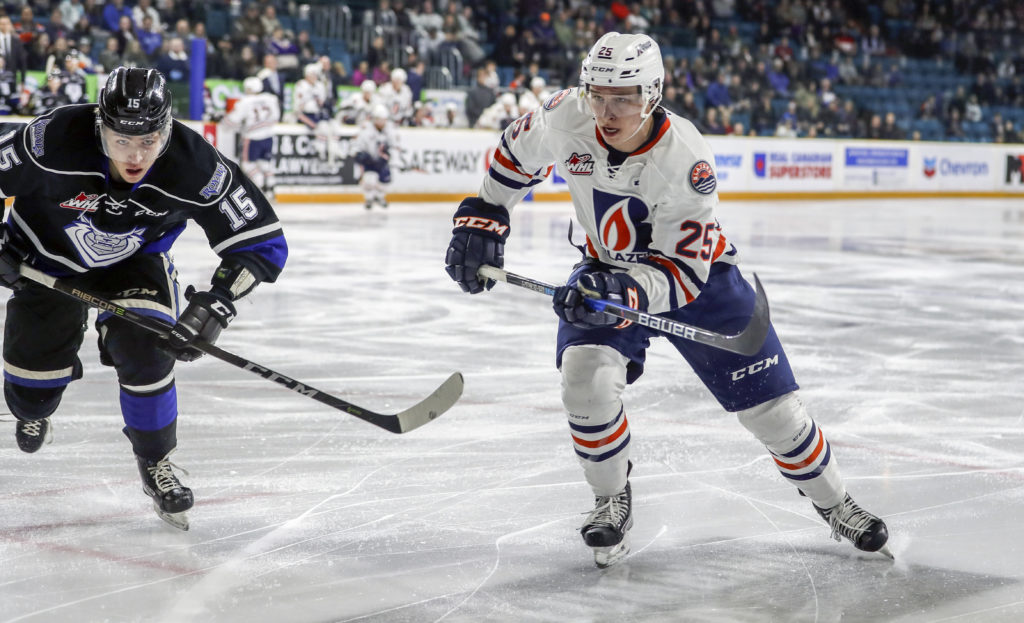 Kamloops, BC – Defenseman Quinn Schmiemann has been selected by the Tampa Bay Lightning in the sixth round, 182nd overall in the 2019 NHL Draft.

Schmiemann was the Blazers rookie of the year and top scoring defenseman during the 2018-19 season with five goals, 23 assists and 28 points in 58 games.

The Wilcox, SK native was ranked 94th among all North American skaters by NHL Central Scouting in their final rankings.