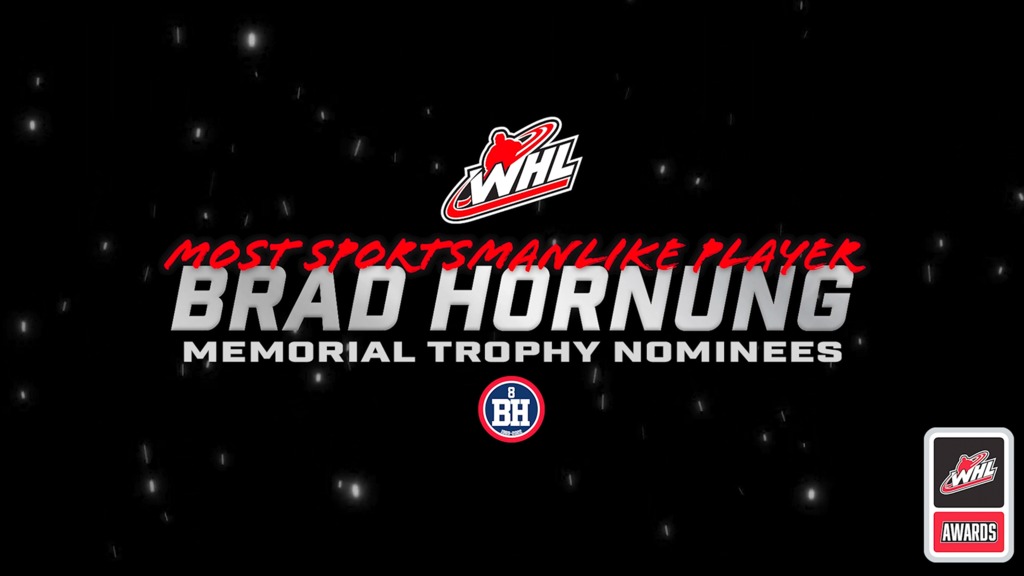 WHL Division Awards are voted upon by General Managers.

All individual WHL Division Award winners will be eligible for the overall WHL Awards, to be announced June 1, 2022.

Forward Jackson Berezowski (Everett Silvertips): Berezowski posted a career-best 46 goals during the 2021-22 Regular Season, leading Everett in tallies and game-winning markers (nine) while finishing second in Club scoring with 79 points. The product of Yorkton, Sask. more than doubled his previous career best for points in a season on the strength of 20 multi-point efforts. The 20-year-old collected only 23 minutes in penalties over the course of the 2021-22 Regular Season. The 5-foot-10, 191-pound forward, and Silvertips co-captain has registered 151 points (82G-69A) in 211 career regular season games with the Club.

Forward Kyle Crnkovic (Saskatoon Blades): The 20-year-old Crnkovic flirted with the WHL scoring lead for large portions of the 2021-22 Regular Season, finishing the campaign fifth among WHL skaters with 94 points (39G-55A). The product of Chestermere, Alta. posted three or more points on 13 occasions in 2021-22 including a five-point effort December 28, 2021, all while accruing just 20 minutes in penalties. The 5-foot-7, 166-pound forward finished tied for the League lead with five short-handed goals this season and has recorded 221 career points (81G-140A) over 210 regular season games with the Blades.

Forward Dylan Guenther (Edmonton Oil Kings): Selected ninth-overall by the Arizona Coyotes in the 2021 NHL Draft, Guenther led his hometown Oil Kings in scoring during the 2021-22 Regular Season with 91 points (45G-46A). 60 of the 19-year-old’s points came at even strength, and in addition to setting new career highs in goals, assists and points, Guenther also set new personal bests with 13 power-play goals and six game-winning markers. The 6-foot-1, 181-pound forward has amassed 178 points (86G-92A) in 137 regular season appearances with Edmonton.

Forward Logan Stankoven (Kamloops Blazers): The 19-year-old forward finished third in WHL scoring with 104 points (45G-59A) and was one of eight WHL players to finish with 40 or more goals during the 2021-22 Regular Season. The product of Kamloops, B.C., and prospect of the Dallas Stars helped Kamloops to a third consecutive B.C. Division Championship, recording three or more points 18 times along the way while totalling just 16 minutes in penalties. The 5-foot-8, 170-pound forward, who was the McSweeney’s WHL Player of the Month in January of 2022, has registered 163 points (81G-82A) in 132 career WHL regular season games.