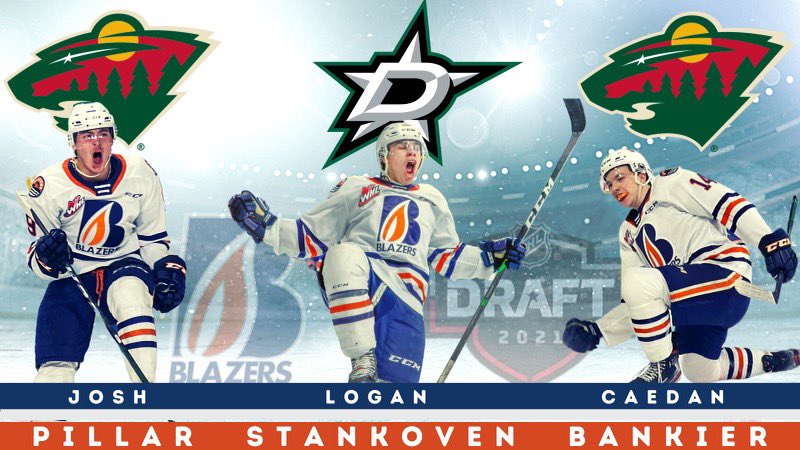 Kamloops, BC – The Kamloops Blazers have had three players selected in the 2021 NHL Draft.

Forward Logan Stankoven was selected in the second round, 47th overall by the Dallas Stars.

He played only six games with the Blazers this past season but had seven goals and 10 points. He also won a Gold Medal with Canada at the Under-18 World Championships where he had eight points in seven games.

Forward Caedan Bankier was chosen by the Minnesota Wild in the third round, 86th overall.

The third Blazer selected in the NHL Draft was Josh Pillar. Pillar was selected by the Minnesota Wild in the fourth round, 127th overall.

Pillar was originally a first round pick by the Blazers in the 2017 WHL Bantam Draft. The Warman, SK native led the Blazers in scoring in 2020-21 season with 11 goals, 18 assists and 29 points in 22 games.