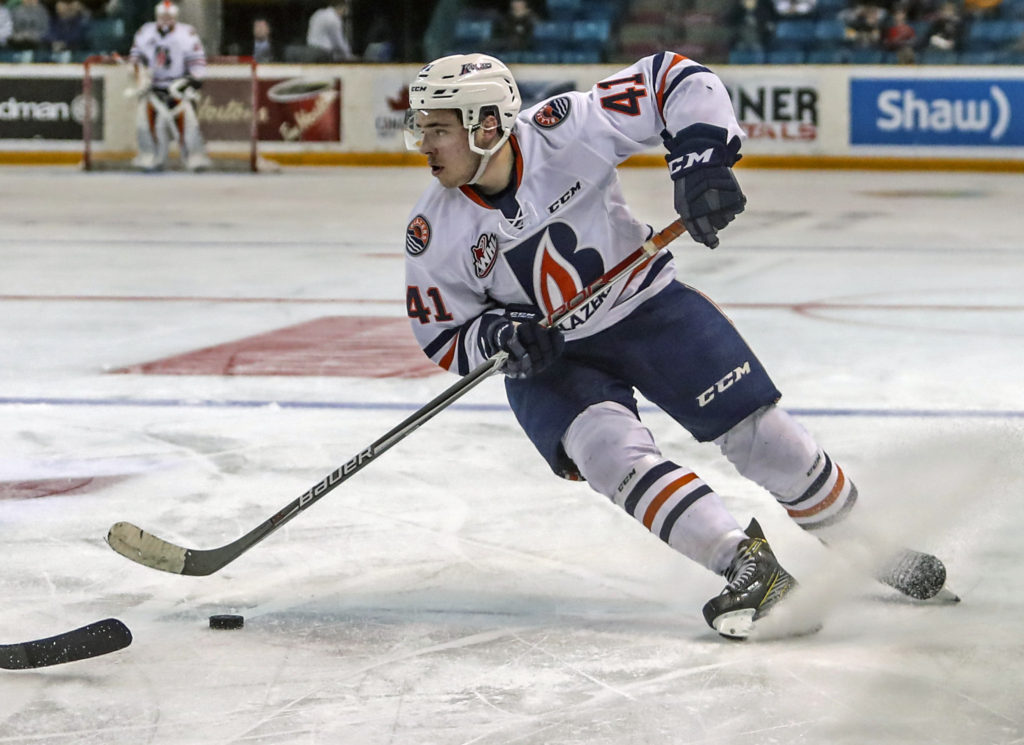 ARLINGTON, Va. – The Washington Capitals have signed forward Garrett Pilon to a three-year, entry-level contract beginning with the 2017-18 season, senior vice president and general manager Brian MacLellan announced today. Pilon will report to Hershey (AHL) at the conclusion of his WHL season.

Pilon, 18, registered 65 points (20g, 45a) in 67 games with the Kamloops Blazers (WHL) this season and led the team in assists, ranked third in points and fourth in goals. The 5’11”, 188-pound forward set WHL career highs in goals, assists and points in 2016-17 and recorded 18 multi-point games. In addition, he posted a pair of six-game point streaks. Last season, Pilon registered 47 points (15g, 32a) in 71 games with the Blazers and led Kamloops in game-winning goals (6) and ranked second among WHL rookies in game-winning goals. The Kindersley, Saskatchewan, native earned 112 points (35g, 77a) in 138 career WHL games with Kamloops. Pilon was drafted by the Capitals in the third round, 87th overall, in the 2016 NHL Draft.