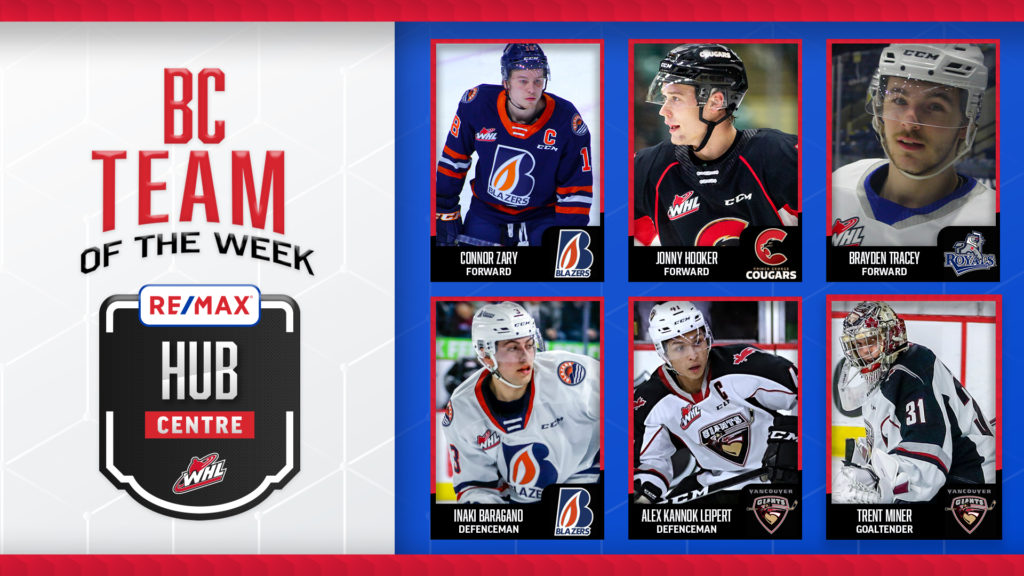 Calgary, Alta. – The Western Hockey League announced today the six players named to the RE/MAX B.C. Hub Team of the Week for the week ending April 11, 2021.

The Kamloops Blazers and Vancouver Giants are both represented by two players each on the RE/MAX B.C. Hub Team of the Week, while the Prince George Cougars and Victoria Royals have one player each named to the divisional crew. The Blazers went 2-1-0-0 this past week and sit first in the B.C. Division.