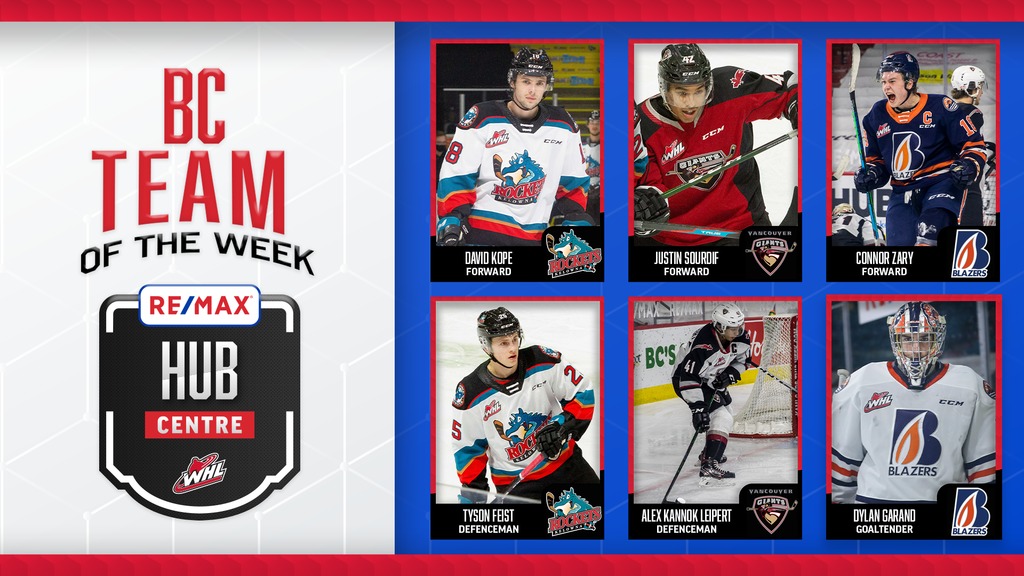 Calgary, Alta. – The Western Hockey League announced today the six players named to the RE/MAX B.C. Hub Team of the Week for the week ending April 25, 2021.