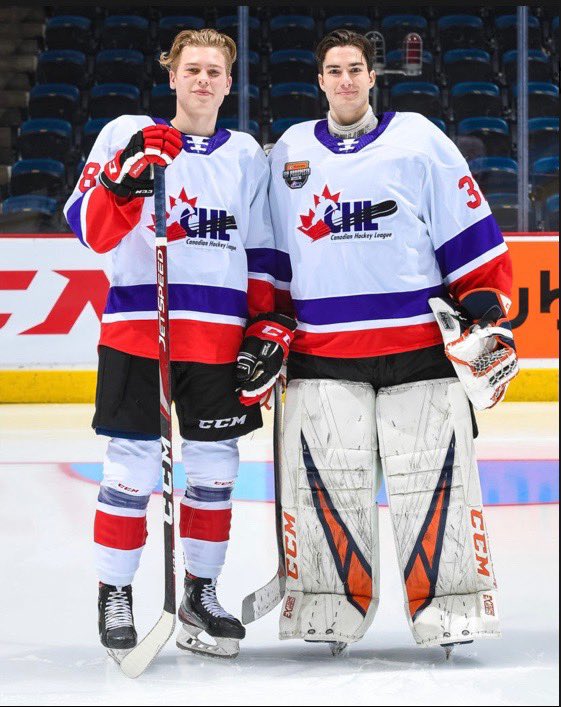 The Saskatoon native was selected in the first round, 24th overall in the 2020 NHL Draft by the Calgary Flames. During the 2019-20 season, Zary had 38 goals, 48 assists and 86 points in 57 games. He was named to the WHL’s Western Conference First All-Star team.

Zary has previous Hockey Canada experience playing in the 2019 Under-18 World Championships in Sweden.

Garand is one of five goaltenders on the selection camp roster. The Victoria, BC native was selected in the fourth round of the 2020 NHL Draft by the New York Rangers earlier this month.

Garand has plenty of Hockey Canada experience as he has suited up for Canada at the Under-17 and Under-18 levels. He also has participated in Hockey Canada’s Program of Excellence goaltending camp.
-30-