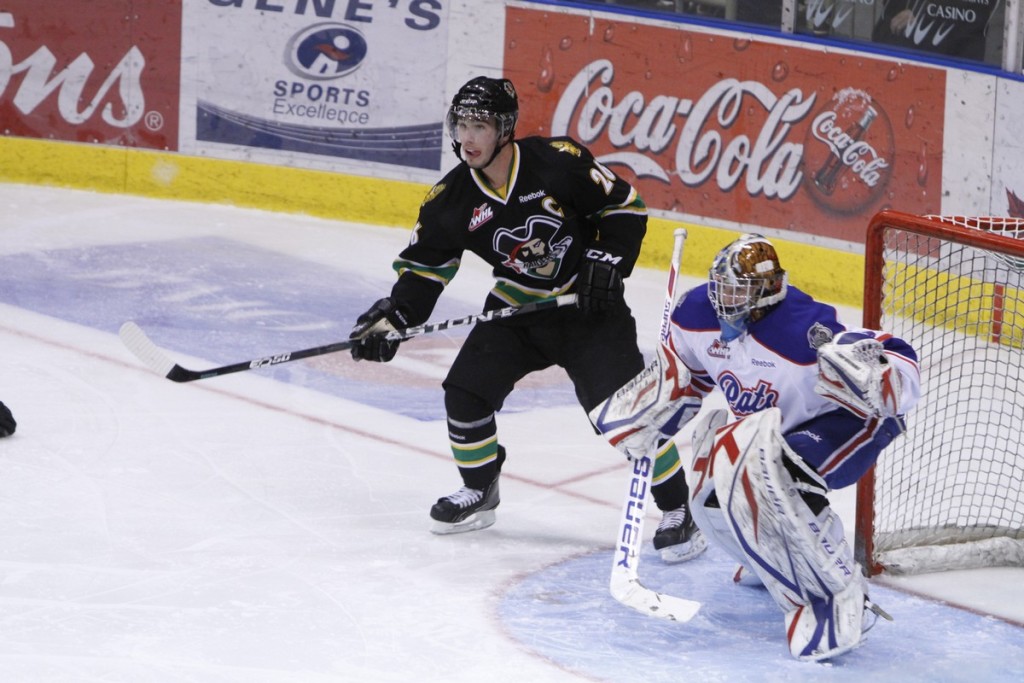 Kamloops, BC – The Kamloops Blazers announced Saturday morning that they have acquired 20-year old RW Brandon Herrod from the Prince Albert Raiders in exchange for 17-year-old C Logan McVeigh and the Blazers’ 2nd round draft pick in the 2012 Bantam Draft.

“We are elated to add Brandon to our lineup.  He is an experienced leader – serving as captain of the Raiders – and was voted as their playoff MVP last season.  He is a proven scorer in our league and is known as a solid, character player.  He will be a welcome addition to our team, and with a career spanning 314 games in the WHL to date we expect to benefit greatly from his experience,” said Blazers General Manager Craig Bonner.

Herrod, who hails from Meadow Lake, SK, has compiled 18 goals and 18 assists in 40 games so far this season.  During his WHL career, he has tallied 106 goals and 135 assists for a total of 241 points.  The Blazers expect to have Herrod in their lineup as they host the Prince George Cougars at Interior Savings Centre in Kamloops on New Years Day.

Bonner continued, “in order to acquire a valuable player we had to give up one in Logan, and the Blazers wish him every success with his career in the future.”