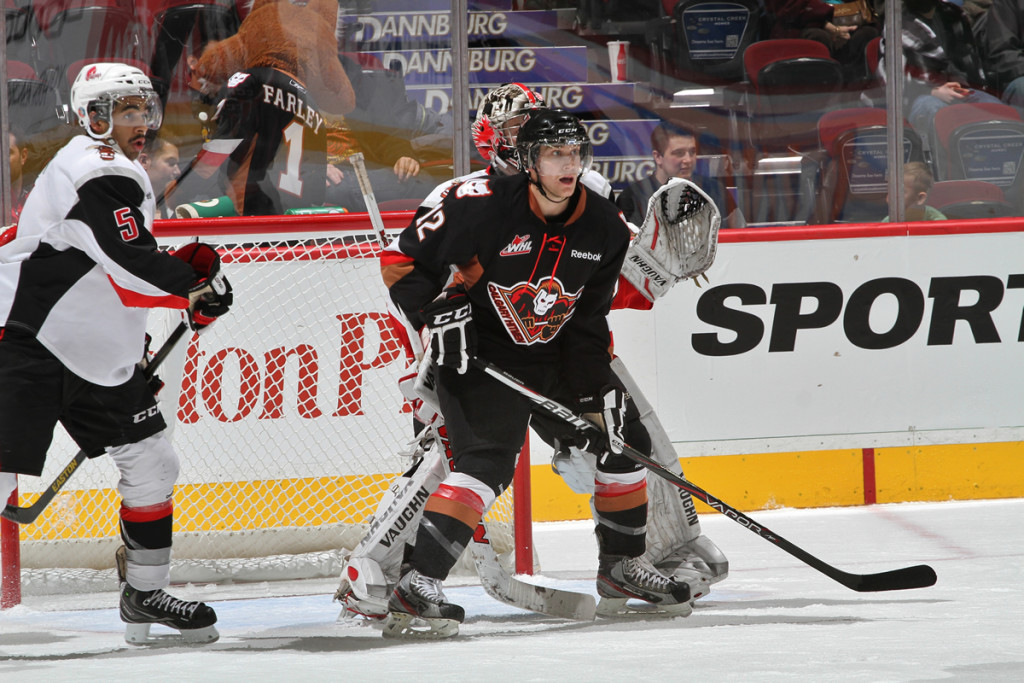 Kamloops, BC – General Manager Craig Bonner has announced the acquisition of 19-year-old forward Joey Kornelsen from the Calgary Hitmen in exchange for a fifth round WHL Bantam Draft pick in 2013.

Kornelsen is into his fourth WHL season having played with the Calgary Hitmen for the past year and a half and the Moose Jaw Warriors for two and a half seasons. He has played a total of 187 WHL games putting up 24 goals, 38 assists and 62 points in that time. In 18 games this season, he has four assists. The 6’1” and 197lb forward is from Abbotsford, BC.

“The acquisition of Joey gives us some added size and depth at the forward position,” commented Bonner. “Associate Coach Dave Hunchak is familiar with Joey having coached him in Moose Jaw. Joey is a hard-working player and will fit in nicely with our hockey club.”

The addition of Kornelsen puts the Blazers roster at 25 players including 15 forwards, eight defensemen and two goaltenders.