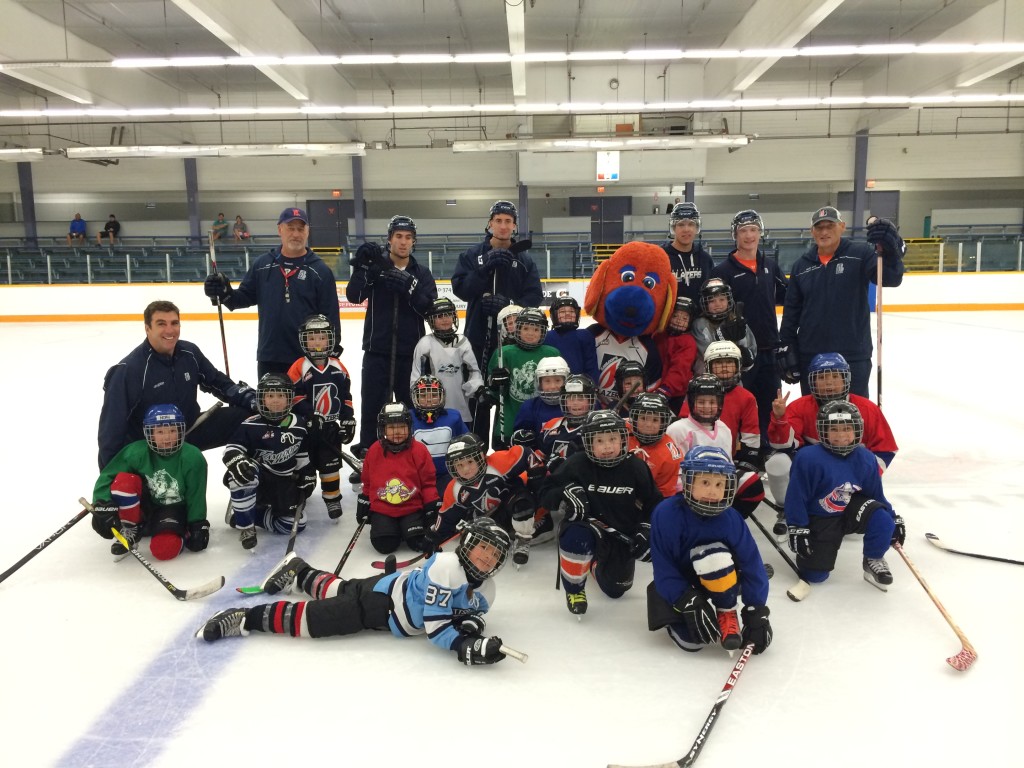 Kamloops, BC – The Kamloops Blazers have confirmed all eight of their player instructors for 2015 Hockey School which runs from August 17th until August 21st at Interior Savings Centre.

Matt Revel and Deven Sideroff will be the player instructors for the Initiation group. Revel is entering his third season with the Blazers, while Sideroff is coming off a year in which he competed for Canada at the Under-18 Wold Championship and was selected in the third round of the NHL Draft by the Anaheim Ducks.

Matthew Campese and Nick Chyzowski will be the instructors for the Atom group. Campese was acquired from the Victoria Royals last season, while Chyzowski is a former participant and now instructor at the hockey school. He is entering his third season with the Blazers.

Connor Ingram and Nolan Kneen are the instructors for the Pee Wee group. Ingram is coming off an outstanding rookie season and the goaltender has earned himself an invite to the NHL’s Detroit Red Wings rookie camp. Kneen is entering his 16-year-old season after being selected by the Blazers in the first round of the 2014 WHL Bantam Draft.

There are limited spots available for Kamloops Blazers Hockey School on a first come first serve basis. For more information, please contact Ashley at the Kamloops Blazers Office at 250-828-1144 or by email at info@blazerhockey.com.

Or check out more information on Hockey School by CLICKING HERE.

To purchase your 2015-16 season tickets, or for other ticketing information, please contact Ticketing & Promotions Coordinator, Missy Cederholm at 778-471-8068 or by email at mcederholm@blazerhockey.com.