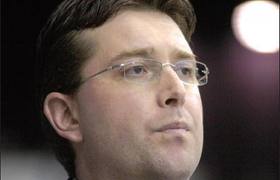 Kamloops, BC – The Kamloops Blazers have solidified their coaching staff for the upcoming 2011-12 hockey season. Dave Hunchak has been hired as the team’s Associate Coach, Ed Patterson will join the Blazers as an Assistant Coach and Mike Needham will be the new Skills Coach.

Hunchak brings with him a load of experience including spending the past four seasons behind the Moose Jaw Warriors bench as their Head Coach. He led the Warriors to 40 victories last season which was only the third time the franchise has won 40 games in 27 seasons in Moose Jaw. Previous to joining the Warriors, Hunchak served as the Assistant Coach of the Swift Current Broncos for three seasons from 2004-07. He also has experience with Hockey Canada as the Video Coach of Canada’s National Junior Team, winning a Gold Medal at the 2006 IIHF World Junior Championship and as an Assistant Coach with the 2006 National Summer Under-18 Team.

Patterson played in the WHL with Seattle, Swift Current and Kamloops from 1988-92, winning a Memorial Cup with the Blazers in 1992. After a 15-year pro career, which included 68 NHL games with the Pittsburgh Penguins, Patterson returned to Kamloops as the Head Coach of the Kamloops Storm Junior B team. He led the team to first place finishes in the 2007-08 and 2008-09 seasons including appearances in the league final both years. Patterson is also the Head Coach of the Kamloops Peewee AAA team for the 2011-12 season.

Needham re-joins the Blazers after suiting up for the hockey club from 1986-90, which included winning a Gold Medal at the World Junior Hockey Championships under the direction of Head Coach Guy Charron in 1990. He then went on to play in 86 NHL games including winning a Stanley Cup with the Pittsburgh Penguins in 1991-92. Needham is also the Head Coach of the Okanagan Hockey Academy Bantam AAA team for the 2011-12 season.

“Our mandate at the beginning of this process was to bring in experienced coaches that would add different dynamics to the organization,” said Vice President / General Manager, Craig Bonner. “I believe we have accomplished this with the addition of Dave, Ed and Mike to complement Head Coach Guy Charron,” Bonner concluded.

“I am thrilled with the addition of Dave, Ed and Mike to our coaching staff. Each coach adds a distinctive and unique element to our hockey club,” commented Head Coach, Guy Charron.

Season tickets for the 2011-12 season are on sale now. Contact our Director of Ticketing, Todd Carnelley at the Kamloops Blazers office at 250-828-1144 or by email tcarnelley@blazerhockey.com to purchase your seats for all 36 home games.