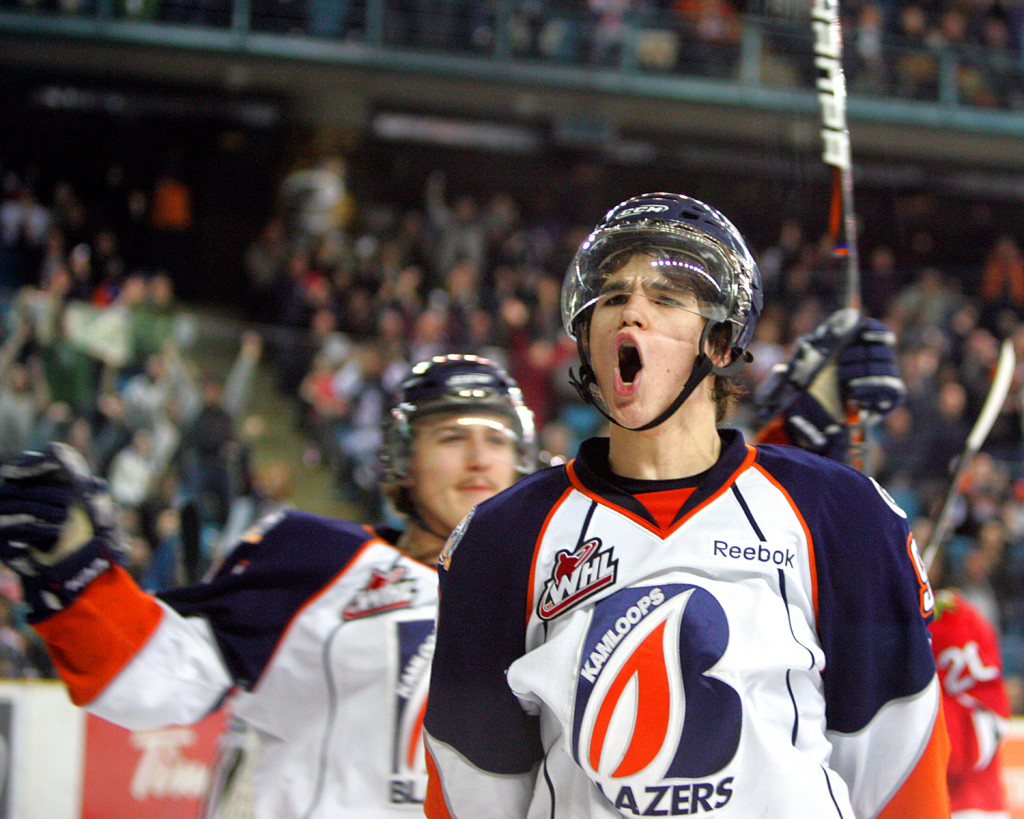 The Kamloops Blazers made a statement with five third period goals in a 5-1 win over the Portland Winterhawks. The Winterhawks struck first in this one as Brendan Leipsic banged home a rebound after Cam Reid was left alone in front of the net. Goaltender Cole Cheveldave came up big making a great diving save to keep the game at 1-0. The Blazers outshot the Winterhawks 12-8 in the first period.

Both teams had some great chances in the second period. Cheveldave robbed Taylor Leier on a breakaway and goaltender Mac Carruth continued to shut the door for the Winterhawks stopping Brendan Ranford on a few different occasions. The Blazers continued to lead in the shot department holding a 24-16 advantage through two periods.

The Blazers owned the third period in every department. Colin Smith opened the scoring as he batted home a rebound to make it 1-1. That goal seemed to break the ice as the Blazers poured it on. Three minutes later, Tim Bozon made a huge hit and created a turnover. Tyler Bell then wired a shot and Chase Souto stuck with the rebound and scored his 9th goal of the season. The Blazers made it 3-1 when Brendan Ranford made a great pass to Jordan DePape for his 5th goal of the season. Brandon Herrod added an empty net and Ryan Hanes scored one with seven seconds left to seal a 5-1 win.

Mac Carruth finished with 39 saves, while Cole Cheveldave earned his 32nd win of the season with 24 saves in goal. The Blazers were 0-for-5 on the power play and 2-for-2 on the penalty kill. It was a sold out crowd at the Interior Savings Centre with 5693 people packed into the building!

Next game action for your B.C. Division Champion Blazers is Friday night in Vancouver. The Blazers will play at home to Vancouver on Saturday night.