BLAZERS WIN SIXTH IN A ROW 5-2 IN CALGARY 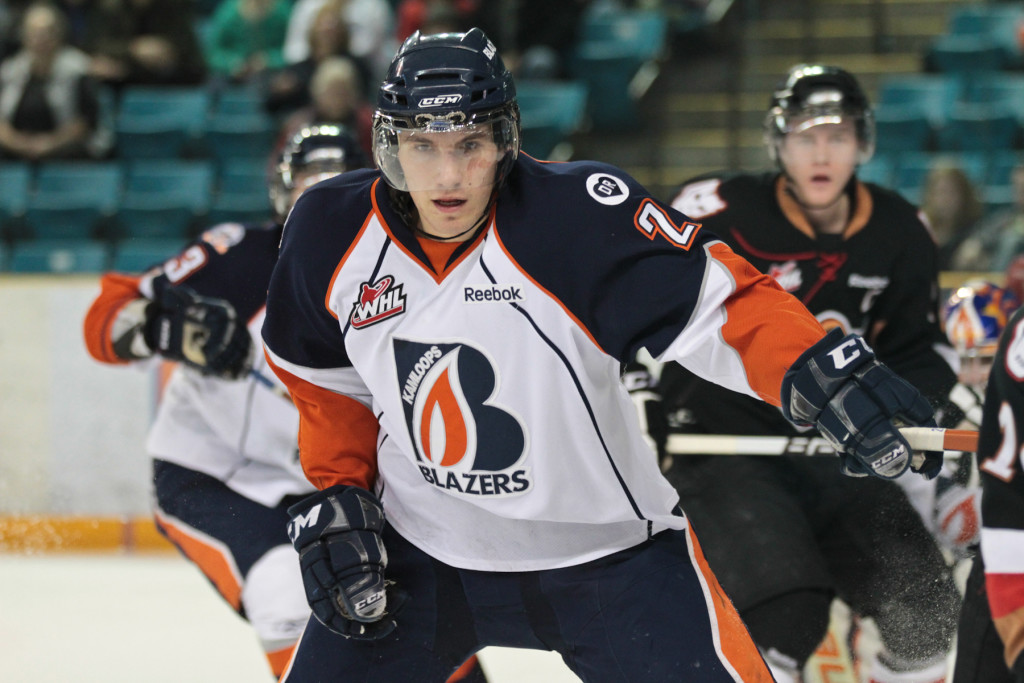 The Blazers took advantage of the power play as they went 5-for-7 with the extra man and defeated the Calgary Hitmen 5-2 on Sunday afternoon.

The Blazers were consistent in the first 20 minutes. Brady Brassart opened the scoring on a four-on-three power play. He was parked in front of the net and received a pass from Greg Chase. Brassart tapped it in for a 1-0 lead. Colin Smith replied for the Blazers. He found the puck in a scrum in the corner and skated around the top of the circles before firing a shot underneath the cross bar. Smith’s goal was also a power play marker for the Blazers. Dylan Willick had a great chance to give the Blazers the lead but his shot hit the cross bar and stayed out.

In the second period, the Hitmen took the early lead as Cody Sylvester tallied a power play marker to make it 2-1 4:29 into the period. JC Lipon continued his hot streak tying the game up on the power play only 1:31 later. Brendan Ranford made a terrific pass to an open Lipon who one-timed it home for his 8th goal on the season. Aspen Sterzer gave the Blazers a lead as a point shot from Tyler Hansen was tipped by Cole Ully and Sterzer crashed the net to put home his first of the season. Lipon then made it 4-2 with 1:08 to play in the period with Colin Smith making a terrific pass to him.

The Blazers put it on cruise control in the third period as Colin Smith added a power play marker and the Blazers won 5-2. The Hitmen (6-1-1-1) suffered their first regulation loss of the season. The Blazers (8-0-0-1) have yet to lose in regulation time to start the season.

The Blazers continue their Central Division road on Tuesday night in Red Deer.