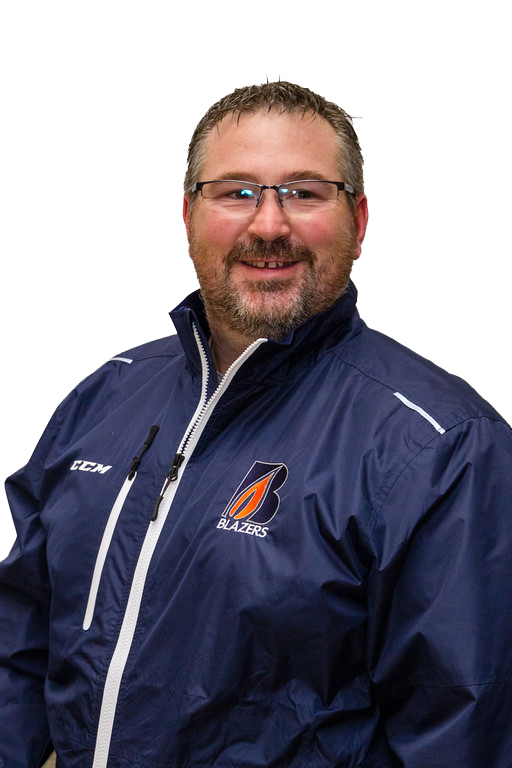 Colin “Toledo” Robinson has been a trainer in the Western Hockey League since 1995 and is in his 15th season with the Kamloops Blazers.

Prior to joining the Blazers in 2005, “Toledo” was the trainer for the Vancouver Giants from 2001 to 2005 and the Swift Current Broncos from 1995 to 2001.  In his time in the WHL, “Toledo” has performed his multiple duties for Canadian entries at the World Junior Hockey Championships – first as an assistant in 1997, then as Head Trainer in 2002 – and at the World Under-18 Hockey Challenge in 2000.  He was also chosen to take part in three CHL-NHL Top Prospects’ Games and has been a member of the training staff at five WHL All-Star Games.

“Toledo” is a Certified Athletic Trainer with a diploma in Massage Therapy.  He also has EMT, Red Cross, and Sport First Responder training and is a registered Home Care Nurse.

“Toledo” – known as Colin by his family – has been married for 25 years to his wife Tracy and has three children – Haylee, Ty, and Lahney.