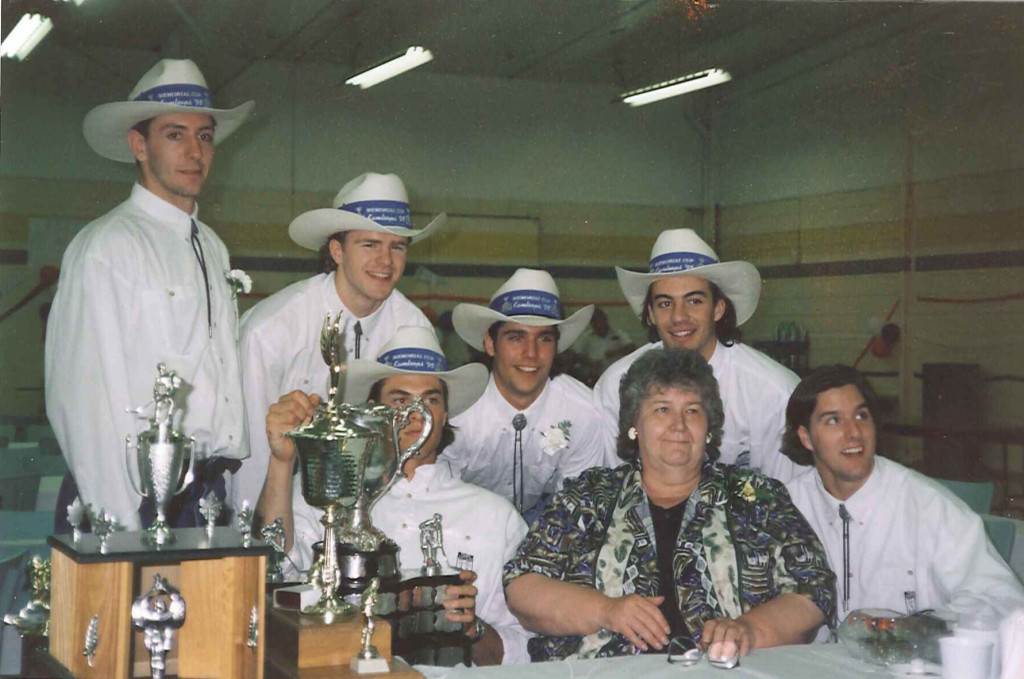 Kamloops, BC – The Kamloops Blazers announce with heavy hearts the passing of long-time billet coordinator, Doris Rubel. Doris passed away this morning with family by her side.

Doris was a billet in Kamloops for well over 40 years, making a significant impact on the lives of many young hockey players who have come through Kamloops. In Kamloops alone her service originates to the 1960’s in which she worked with the Craft Kings, Braves, Rockets, Chiefs, Jr. Oilers and the Blazers. She not only was busy caring for her own family, but coordinating the overall effort of finding a roof for every other player on every junior hockey team in Kamloops.

In 2004, Doris was awarded the first ever WHL Distinguished Service Award. The award is presented annually to recognize a person who has made an extraordinary contribution over extended period of time at the WHL level.  Her contributions also are extended outside of the city of Kamloops. She has helped teams such as the Vancouver Giants, and the Chilliwack Bruins start their successful billet programs

“The passing of Doris is extremely difficult to hear,” says General Manager, Craig Bonner. “Doris has impacted myself personally, and the hundreds of young junior hockey players that have played in Kamloops. She was a remarkable person, and will be dearly missed by the organization and every junior hockey player who has been through Kamloops.”

Doris continued her role as the Kamloops Blazers Billet Coordinator up until her passing. The legacy and impact she has left will always be remembered. Funeral services have yet to be determined.