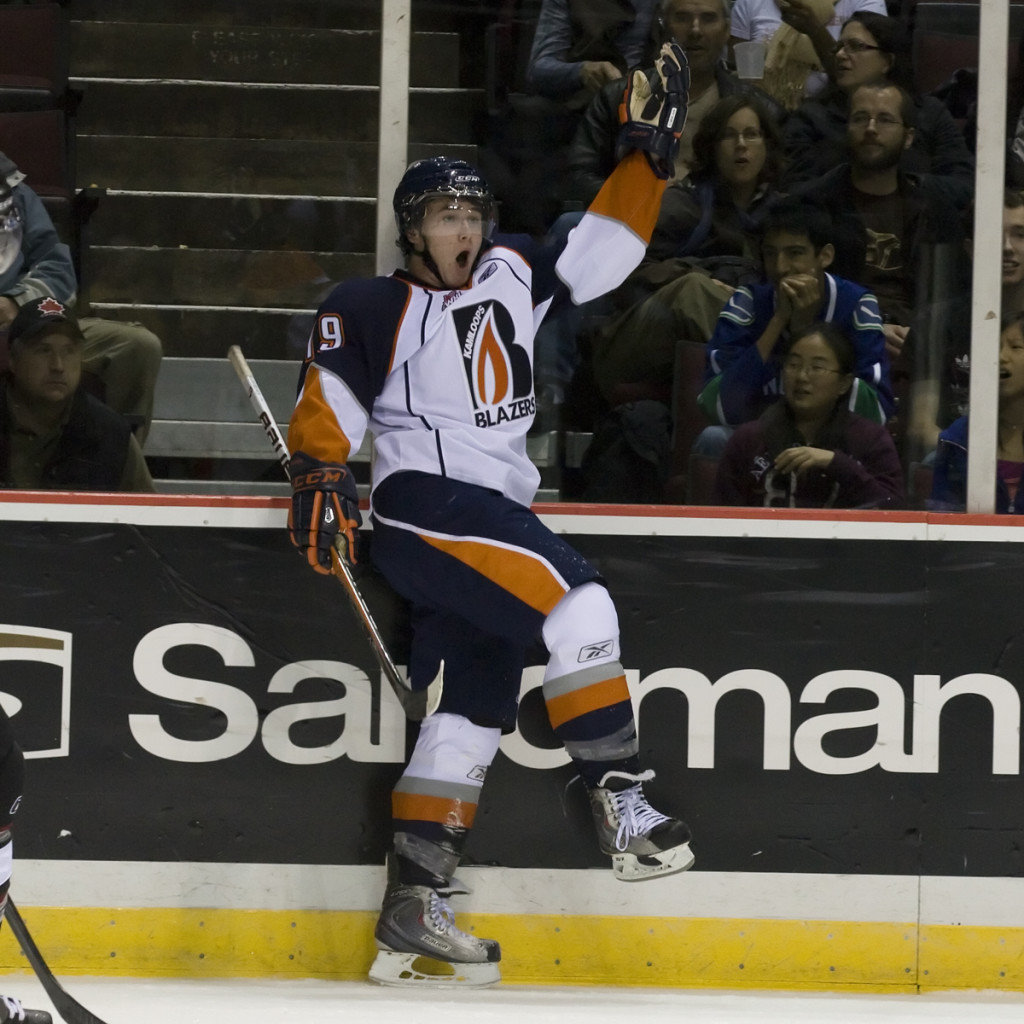 Kamloops, BC – The Kamloops Blazers will have eight players leaving the team for NHL training camps this week.

Defenseman Austin Madaisky will leave tomorrow to join the Columbus Blue Jackets. The 19-year-old defenseman was drafted by the Blue Jackets in the 5th round of the 2010 NHL Entry Draft. The Surrey, BC native had 7 goals, 20 assists for 27 points in 55 games, and will also attend the Traverse City tournament.

Forwards Chase Schaber and Colin Smith are leaving September 8th to attend the Edmonton Oilers training camp. Schaber, who attended last year’s Oilers camp, had 45 points in 46 games for the Blazers last season. Smith, who is from Edmonton, will be attending his first NHL training camp. He finished with 50 points in 72 games last season. Both players will play for the Oilers in a tournament held in Penticton, BC.

Forwards Jordan DePape and Brendan Ranford will both be leaving September 9th to attend the Winnipeg Jets and Philadelphia Flyers training camp. DePape, a Winnipeg native, finished with 48 points in 54 games last season. This will be the 19-year-old’s first NHL training camp. Ranford, who was drafted by the Flyers in the 7th round of the 2010 NHL Entry Draft, led the Blazers with 33 goals and 86 points in 68 games last season.

Season Tickets for the 2011-12 season are on sale now. Contact Director of Ticketing, Todd Carnelley at the Kamloops Blazers office at 250-828-1144 ext. 224 or tcarnelley@blazerhockey.com to purchase your seats for all 36 home games.