FIVE PROSPECTS TO PLAY IN U-16 CHALLENGE CUP 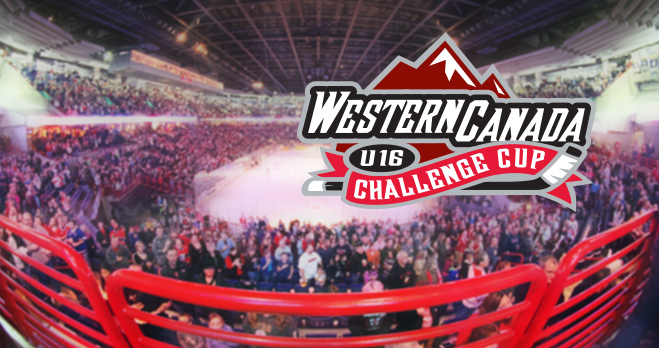 FIVE PROSPECTS TO PLAY IN U-16 WESTERN CANADA CHALLENGE CUP

Kamloops, BC – The Kamloops Blazers will be well represented at the U-16 Western Canada Challenge Cup from October 31st to November 3rd, 2013 at Father David Bauer Arena in Calgary. The Blazers will have five prospects attend the event this year with Quinn Benjafield and Jake Kryski playing for B.C., Dawson Davidson and Garrett Pilon playing for Saskatchewan and Jermaine Loewen suiting up for Manitoba.

The Blazers first round pick from the 2013 WHL Bantam Draft, Quinn Benjafield, will play for Team B.C. Benjafield is playing this season with the Vancouver Northwest Giants of the B.C. Major Midget League. The 6’1” forward has a goal and five assists in seven games this season.

Benjafield will be joined on Team B.C. with fellow first round pick Jake Kryski. Kryski was acquired by the Blazers over the summer in exchange for 20-year-old goaltender Cole Cheveldave. The 15-year-old forward is playing for the Okanagan Rockets of the B.C. Major Midget League and has five points in six games.

Dawson Davidson was selected by the Blazers in the third round of this past year’s WHL Bantam Draft. The native of Moosomin, SK is a defenseman with the Moose Jaw Generals of the Saskatchewan Midget League. He has picked up one point in six games this year.

Garrett Pilon was a seventh round pick by the Blazers in this past year’s WHL Bantam Draft. The son of former NHL player Rich Pilon is playing for the Saskatoon Contacts of the Saskatchewan Midget League and has two goals in five games this year.

Jermaine Loewen will play for Team Manitoba after being selected by the Blazers in the third round this past year. The 6’2” forward has three points in five games for the Interlake Lightning of the Manitoba AAA Midget Hockey League.

For ticketing information in regards to season tickets or flex packs, please contact Ticketing & Promotions Coordinator, Missy Cederholm by phone at 778-471-8068 or by email at mcederholm@blazerhockey.com. For pricing information, follow this link.