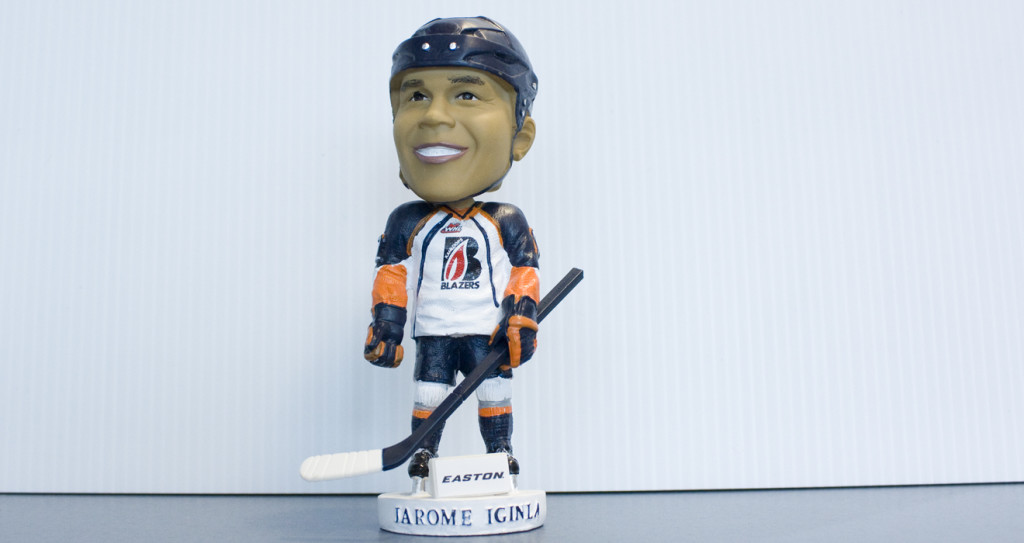 Kamloops, BC – The Kamloops Blazers have called up 16-year-old forward Aspen Sterzer for weekend games. Sterzer will be in the line-up tonight when the Blazers host the Lethbridge Hurricanes, 7pm at the Interior Savings Centre.

The 16-year-old has played in 58 games this season with the Midget AAA EDGE Prep Team in Calgary. He has 17 goals, 43 assists for 60 points with his midget team this year. Sterzer is pointless in 8 games with the Blazers having been called up three separate times this season. He will be with the hockey club through the weekend and return home following Saturday night’s game in Chilliwack.

The Blazers will welcome back their Captain, Chase Schaber for tonight’s game. He has 44 points in 38 games this season, but has missed 22 of the past 24 games with a leg injury. The team may also get defenseman Brandon Underwood back in the line-up tonight. The 18-year-old defenseman has missed the last 10 games with a knee injury.

Tonight is Jarome Iginla Bobblehead Night and the first 3000 fans through the doors will receive a FREE Bobblehead. There will be a limited quantity left over and sold during the last three home games starting on Tuesday, March 8th vs. Tri-City.