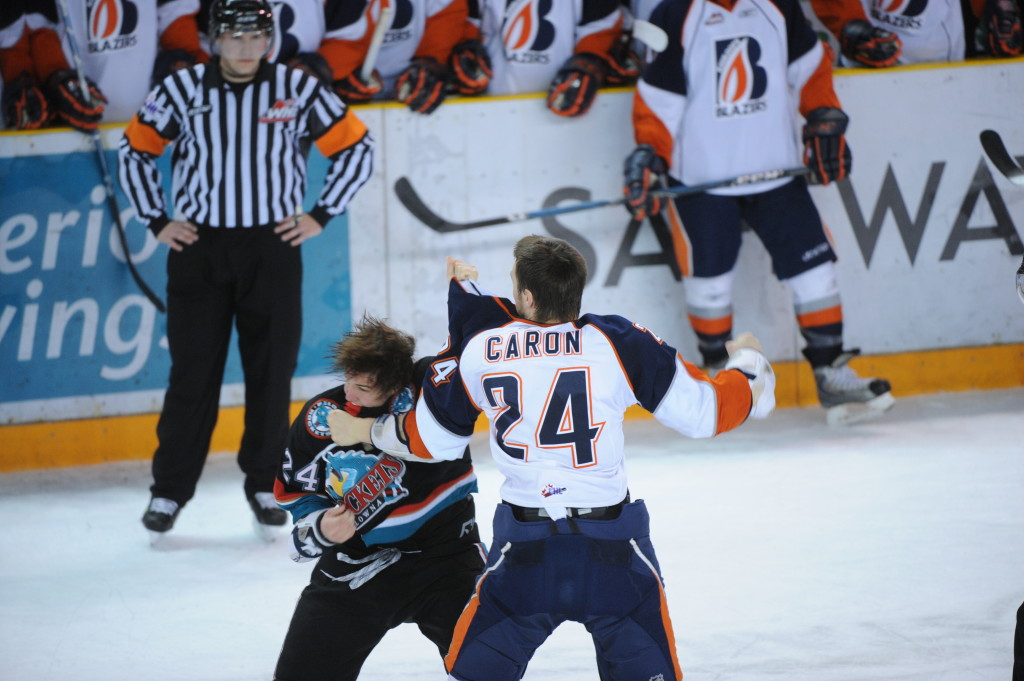 Kamloops, BC – The Minnesota Wild announced this morning they have signed 19-year-old defenseman Josh Caron to an NHL entry-level contract after being a free agent invite by the Wild.

The third year Blazer racked up 1 goal and 5 assists last season and finished third in penalty minutes in the WHL with 190. The Campbell River, BC native played well in Traverse City where he sparked his team with two fights.

The Blazers received good news this morning as defenseman Austin Madaisky and Josh Caron have been returned to the hockey club from NHL training camps. The only player remaining at an NHL training camp is 20-year-old defenseman Corey Fienhage who is with the Buffalo Sabres.

Both Madaisky and Caron are expected to be in the line-up tomorrow night as the Blazers host the Prince George Cougars in their home opener at 7pm. The hockey club will debut their third jerseys on Saturday night when the Chilliwack Bruins come to town. For tickets call 250-828-3339 or visit ticketmaster.ca.