“I never thought I’d play for the Blazers at the time, I just enjoyed going to the camp and having fun with the other kids on and off the ice.  I learned so much from the instructors and it helped me get to where I am now.  It’s really cool now that I’m an instructor, when just a few years ago I looked up to them.  I just want to give kids the same great experience I had when I went.” 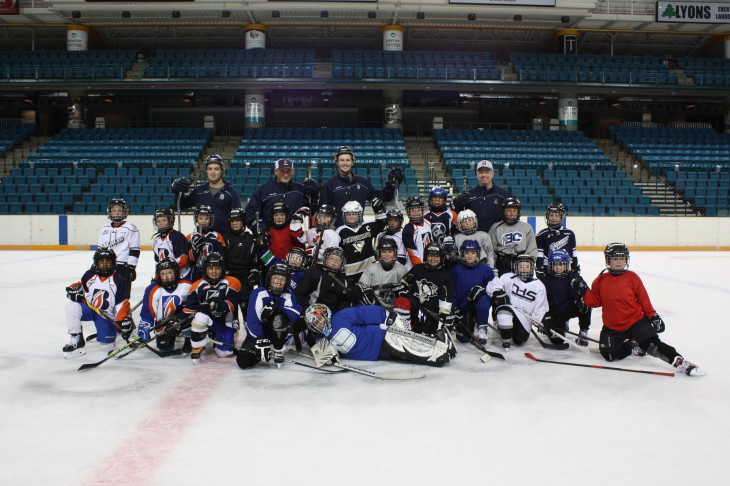 “My son loves the camp. This year will be his third year and he can hardly wait. Definitely one of the highlights of his summer! Thank you so much for putting it on.”

“Highlight of our son’s summer, he loves Blazer camp!!”

“The amount that (our son) was told and learnt was exceptional for the short amount of time involved.”

“Being new to Kamloops we were not too sure what to expect, but not only were we very impressed with the 2015 hockey camp, our child gave raving reviews, so this year we have registered our child again and his younger brother.”

“A great place to meet new friends and learn the basics of hockey and positions.”

“(Our daughter) loves it and asks every day if she is going to hockey school again this year!”

“Camp was great last summer. We followed the Blazers on social media all year, keeping track of the players thats were in (our son’s) group. It was well organized. I was especially satisfied with how welcoming Don was with the kids on the first morning. Deven (Sideroff) and Matt (Revel) were awesome all week with the kids. The entire week was a hit for our son. Looking forward to returning to Kamloops this summer. Thanks!”