KEHLER CALLED UP WITH BLAZERS 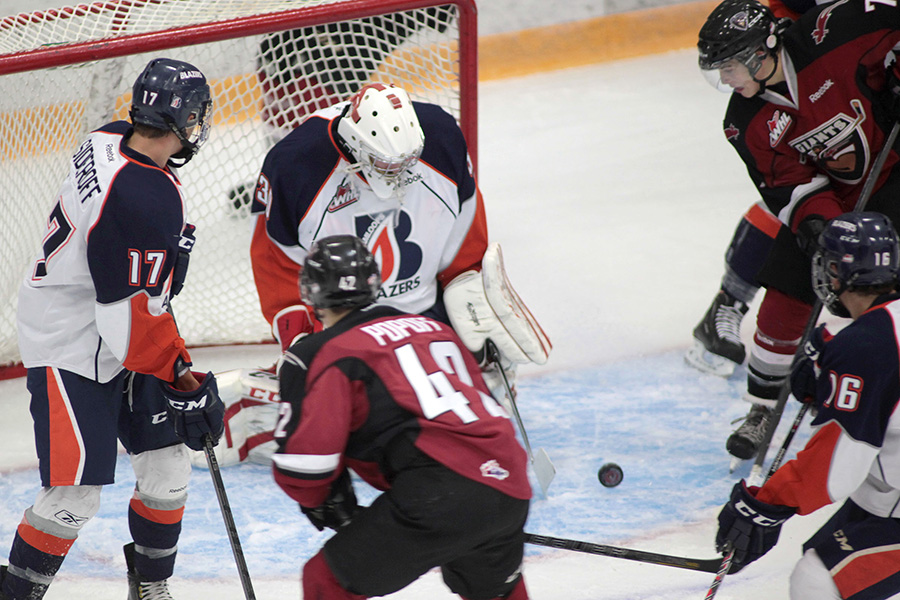 KEHLER CALLED UP WITH THE BLAZERS

Kamloops, BC – The Kamloops Blazers have called up 15-year-old goaltender Cole Kehler from the Okanagan Hockey Academy Midget Prep team. Goaltender Bolton Pouliot suffered an upper body injury in practice on Thursday afternoon and is expected to be out of the line-up until after the Christmas break.

Kehler hails from Altona, Manitoba and was selected by the Blazers in the sixth round of the 2012 WHL Bantam Draft. The 6’3” and 190lb goaltender has a 12-1-0-0 record this season and a 2.22 goals against average with Okanagan Hockey Academy Midget Prep team. Kehler is eligible to play in the WHL despite still being only 15. He will turn 16 on December 17th.

Kehler will be with the Blazers until Pouliot is ready to return to the line-up after the Christmas break.

For holiday flex pack information, please contact Ticketing & Promotions Coordinator, Missy Cederholm by phone at 778-471-8068 or by email at mcederholm@blazerhockey.com. For pricing information, follow this link.