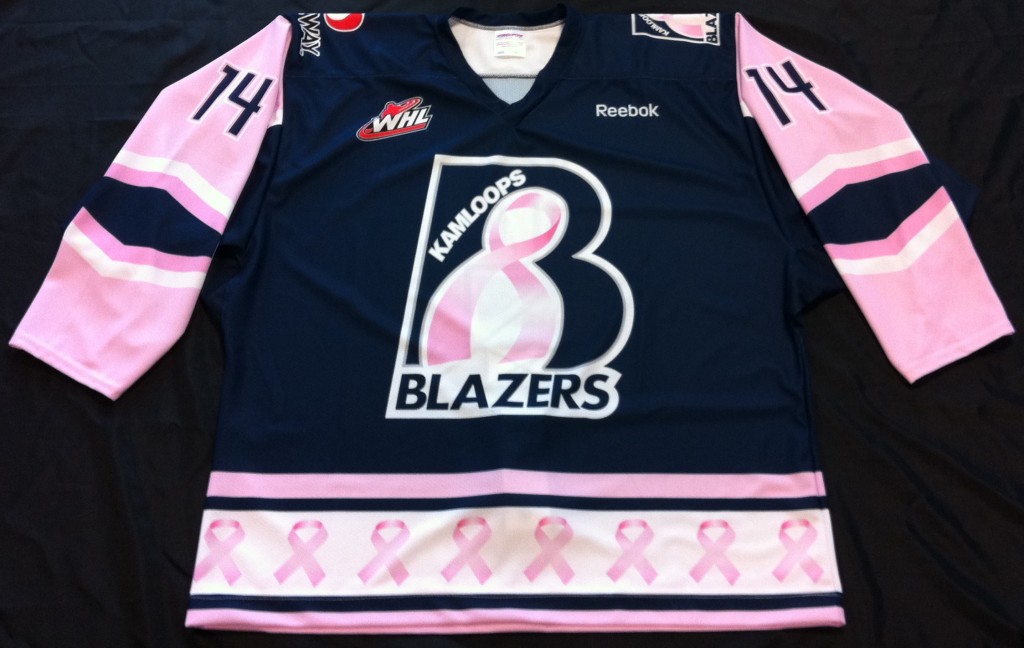 As part of the 2011 Kamloops Blazers Pink Power Play Night, the Blazers are auctioning off specially designed REEBOK jerseys featuring a Blazers Breast Cancer Ribbon logo. The jerseys will be auctioned off through the month of October and worn for Pink Powerplay Night which will be held on Friday, October 28th when the Blazers host the Kelowna Rockets. A “jersey of our back” presentation will be made by the Blazers players to the winning bidders following the game on October 28th.

There will be 25 jerseys available to bid on – one for each player on the Kamloops Blazers roster. The jerseys will be worn for the entire game on Pink Powerplay Night on October 28th.

Bids can be placed at all Kamloops Blazers home games throughout the month of October at the east end of the ISC concourse.

Online bidding will begin Thursday, October 6th. Bids must be emailed to Ashley Neuls at aneuls@blazerhockey.com. Updated bidding information will be shown on blazerhockey.com as well as emailed back to any bidders.

Jerseys will be presented to the winning bidders by the players following the game on Friday, October 28th. Buyers have the opportunity to have their jersey signed by the player if they choose.