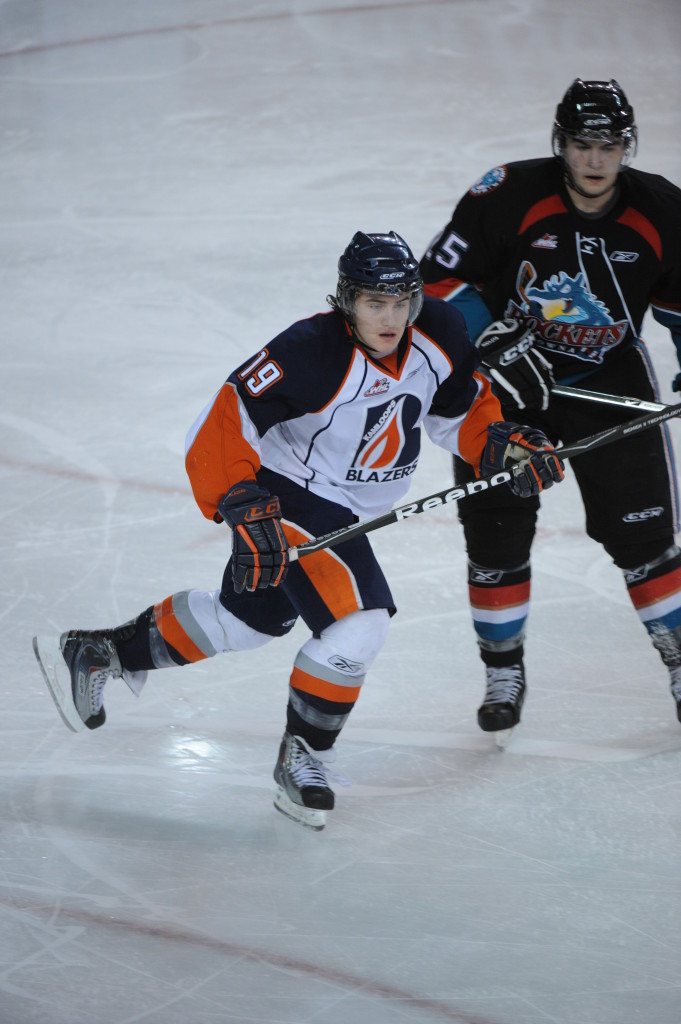 Kamloops, BC – The Kamloops Blazers have welcomed 18-year-old forward Brendan Ranford back from the Philadelphia Flyers training camp.

Ranford was drafted by the Flyers in the 7th round in 2010 and joins JT Barnett, who was with the Minnesota Wild and Chase Schaber, who was with the Edmonton Oilers, as other players returned from NHL training camps.

It is expected that Caron and Madaisky will be returned to the Blazers on Thursday, in time for Friday’s home opener versus the Prince George Cougars and when the Blazers introduce their third jerseys on Saturday versus the Chilliwack Bruins. For tickets to the weekend games, call 250-828-3339 or visit the Interior Savings Box Office.