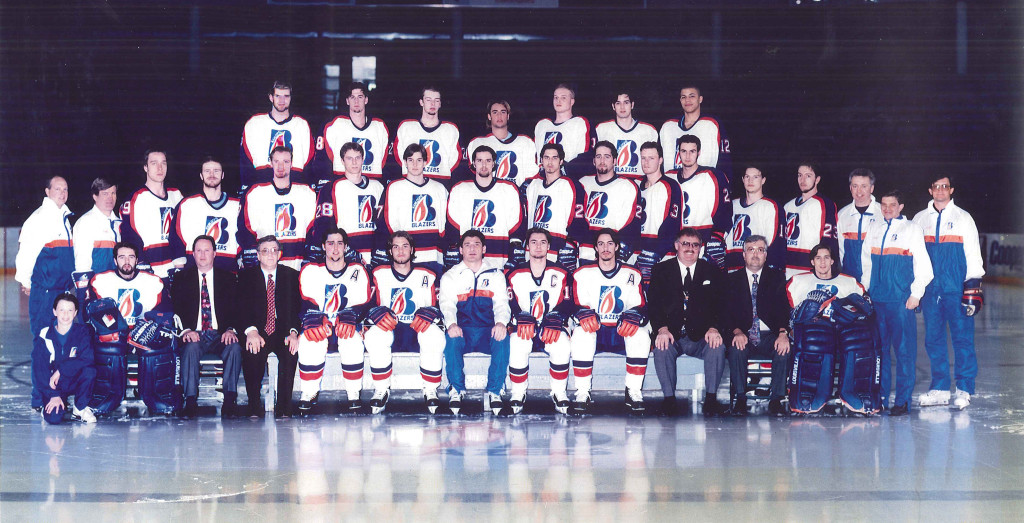 Kamloops, BC – The British Columbia Hockey Hall of Fame announced this morning that Kamloops native and Blazers owner Mark Recchi along with the 1993-94 and 1994-95 Memorial Cup winning Kamloops Blazers teams will be inducted into the Hall of Fame.

Mark Recchi played junior hockey with the Kamloops Blazers from 1986-88 prior to playing 22 seasons in the NHL. He played 1652 NHL games recording 577 goals and 1533 points. Recchi’s resume also includes three Stanley Cup Championships with Pittsburgh in 1991, Carolina in 2006 and Boston in 2011.

Recchi and the 1993-94, 1994-95 Kamloops Blazers teams will be inducted with Nancy Wilson, Paul Kariya, Marc Crawford, and Colin Patterson.

The 2013 B.C. Hockey Hall of Fame induction ceremony will be held in Penticton on Friday, July 26th, 2013 at the South Okanagan Events Centre.