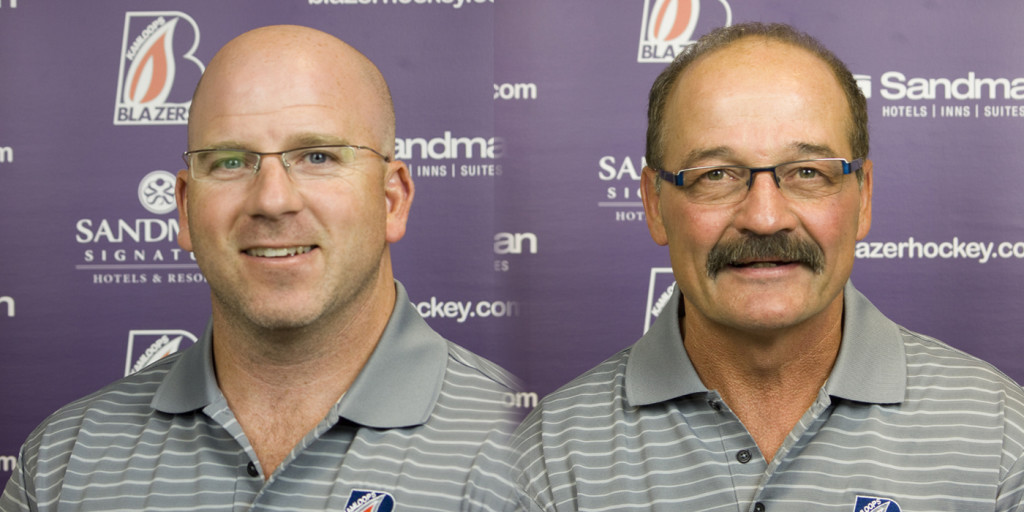 Kamloops, BC – The Kamloops Blazers have announced the contract extensions of Director of Player Personnel, Matt Recchi and Head Scout Ken Fox. Recchi and Fox were both hired by the hockey club in July 2008.

Fox is a long-time WHL scout who will continue in his current role as the Blazers Head Scout. Fox, who lives in Holdfast, Saskatchewan, has been a key contributor in the Blazers last two WHL Bantam Drafts. He has helped the hockey club find quality players and prospects such as JC Lipon (Listed Player), Landon Cross (3rd round) and Taran Kozun (Listed Player).

Kamloops Blazers General Manager, Craig Bonner, “Both Matt and Ken compliment each other well, and have done a tremendous job through the last two drafts. They both work very hard and have done well in improving our 50 Player Protected List.”

Recchi and Fox’s next important task will be leading the Blazers through the WHL Bantam Draft on May 5, 2011. The Blazers won the draft lottery on Wednesday and will select 4th overall, the highest draft pick in franchise history.