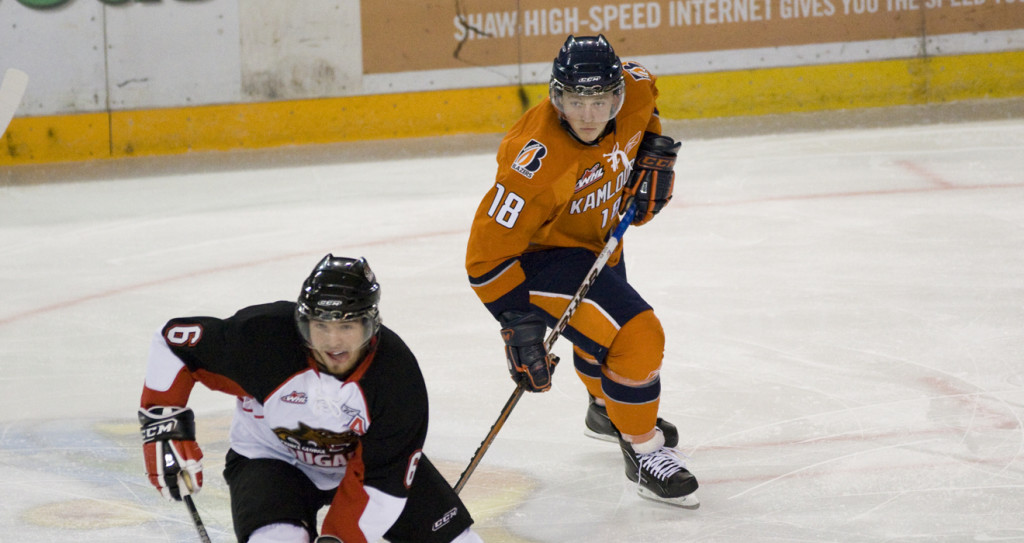 HEAD-TO-HEAD: This is the sixth of eight head-to-head matches between these two teams this season. The Blazers have a lowly 1-4-0-0 record, losing their last four games against the Cougars. In the season opener, the Blazers took down the Cougars 5-2 at home. Brendan Ranford, JT Barnett and Chase Schaber each finished with a goal and an assist in the victory. On October 16th, the Cougars came into Kamloops and won 8-1 as the Cougars scored on their first five shots as the game as Brett Connolly, Sena Acolaste and Charles Inglis each scored twice. On November 27th the Cougars scored a 7-5 victory in Kamloops as Inglis had two goals again. The Blazers lost a pair of games in Prince George on December 17th and 18th both by 3-2 scores. Cougars’ goaltender Ty Rimmer was named the 1st star in both those games. The Blazers and Cougars will meet again on the last weekend of the regular season as the Blazers are home to the Cougars on March 18th and in Prince George on March 19th to close out the regular season.

DID YOU KNOW…The penalty killing unit is currently 22nd in the league this season at 75.7%, while the powerplay has dropped to 10th at 19.0% going 48-for-253… Ryan Hanes is the leader in penalty minutes with 121… Brendan Ranford is 3rd in WHL scoring with 30 goals, 39 assists and 69 points… Brendan Ranford only has 2 goals in his last 17 games and none in his last 12 games… Ryan Hanes had two assists on January 18th versus Seattle for the first time in his WHL career… Chase Schaber leads the team in +/- with a +7 rating … Colin Smith recorded his first WHL hat-trick on January 7th in a 5-2 win over the Chilliwack Bruins… The Blazers penalty kill is 71-for-82, which is 86.6% over the past 16 games… The Blazers powerplay is only 2-for-26 over its last 5 games which is only at 7.7%… Defenseman Josh Caron has played in 6 games after sitting out 41 games with a collar-bone injury… Matthew Needham has shined in Blazer colours with 7 points in 10 games at only 15-years-old. 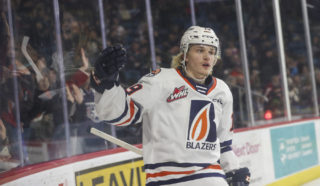 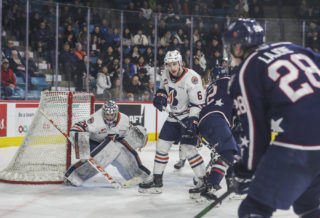