SCHABER AND MASCHEMEYER TO UNIVERSITY 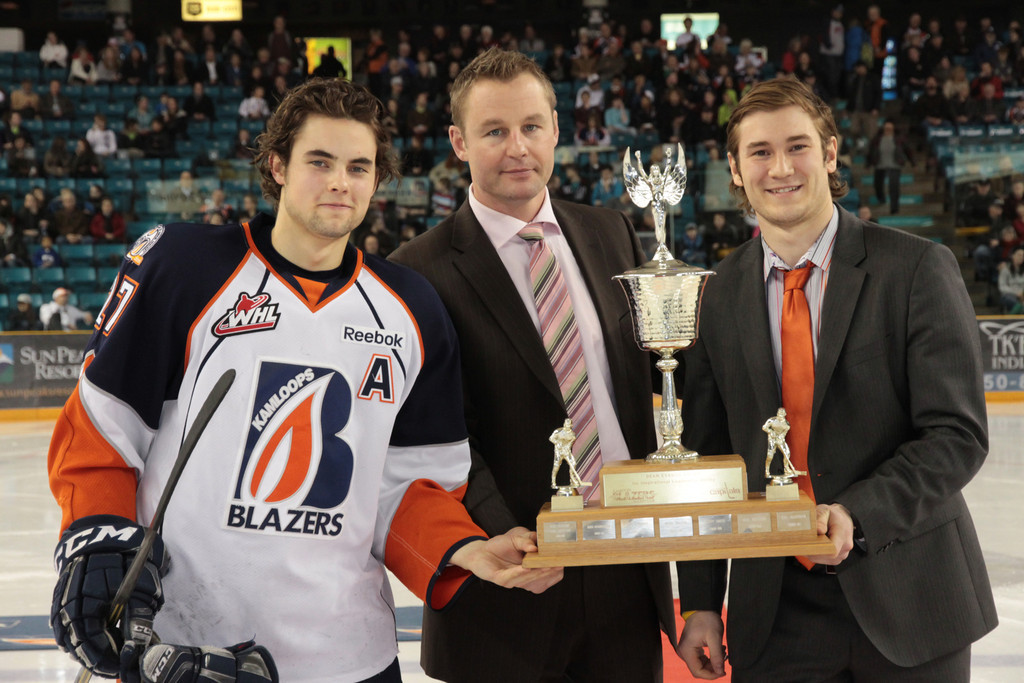 Kamloops, BC – Chase Schaber and Bronson Maschmeyer, who both finished off their WHL careers this past season, are joining the St. Francis Xavier men’s hockey team in Antigonish, Nova Scotia for the upcoming 2012-13 season. St. Francis Xavier plays in the Atlantic University Sport league.

Schaber played two and a half seasons with the Blazers and was the team’s captain over the past two seasons. The 21-year-old played 277 WHL games over a five-year career with Calgary and Kamloops.

“I am excited to be a part of St. FX knowing that it’s a great program,” commented Schaber. “I feel like it was the best choice for the next four years of my life. I’m looking forward to getting better every day.”

Schaber’s WHL career came to an end during the 2012 WHL playoffs after suffering a severe cut to the back of his leg that severed tendons and part of his hamstring. The Red Deer, AB native gave an update on his injury: “I just started walking on my leg yesterday. I’ve been rehabbing three days a week and have started strength training on it. I am willing to do whatever is needed to get back to what I love doing and making my way to pro hockey through the CIS (Canadian Interuniversity Sport).”

One of the Blazers Assistant Captains over the past two and a half seasons, Maschmeyer commented: “Playing in the WHL gave me such a great opportunity to continue pursuing hockey at a high level. It has also allowed me to receive education at a high level through the use of the WHL Scholarship Program. I’m looking forward to playing with the X-men this upcoming season.”

To purchase your 2012-13 season tickets, please contact Director of Ticketing, Todd Carnelley at 250-828-1144 or by email at tcarnelley@blazerhockey.com.