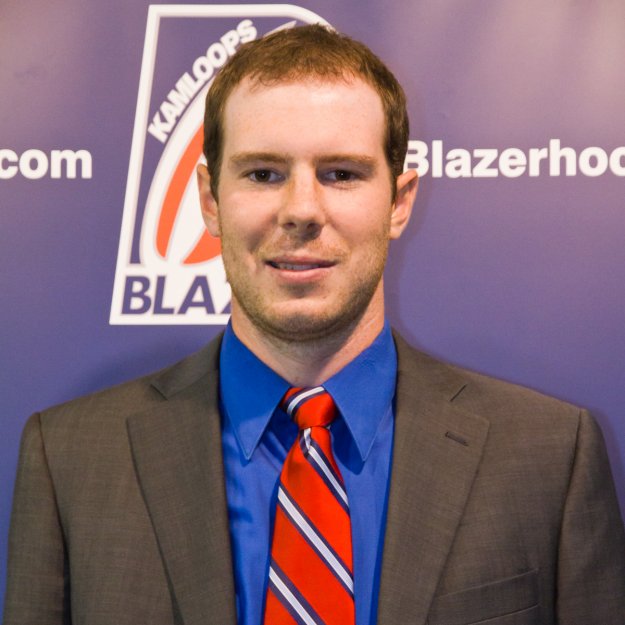 Tim was hired by the Blazers full time in July 2009 to take on the newly created role after spending the last 6 seasons as the team’s part time video coach. His main duties include being a liaison for media and the team, updating and maintaining the website, organizing team travel as well as doubling as the hockey club’s video coach.

Tim grew up in Regina and moved to Kamloops in 2001. He graduated from Norkam Secondary in 2004 and later attended Thompson Rivers University where he obtained a Business Administration degree graduating with Honours in April 2009. He recently completed a Masters of Sports Leadership from Northeastern University in September 2013.

This is the 11th season Tim has worked for the hockey club, and the 5th season in his current position.