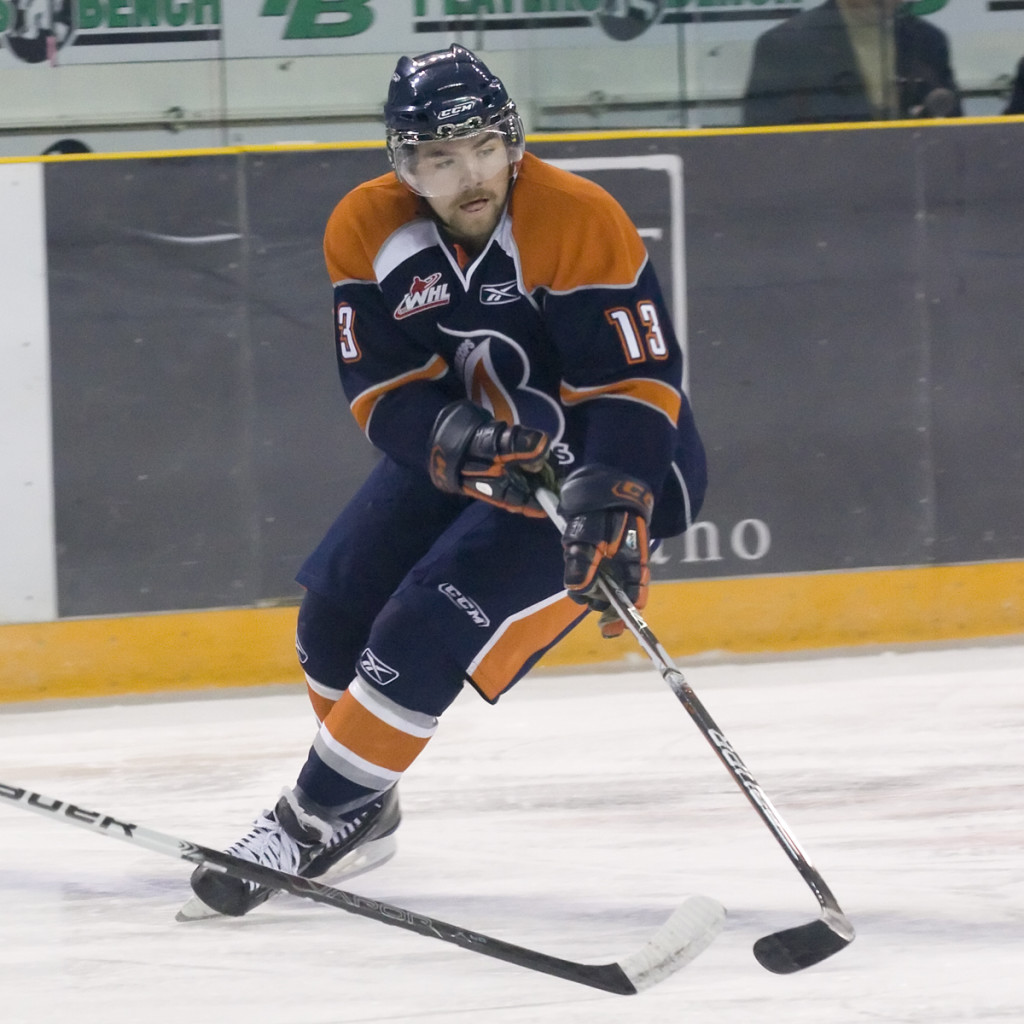 Kamloops, BC – The Kamloops Blazers will be hosting TRU Night on Friday, September 30th when the Blazers host the Vancouver Giants. The game entertainment will be geared to TRU students who are able to purchase tickets for only $10!

TRU students will be eligible for some great prizes throughout the game. Paul Filek will be playing a post-game concert in the Parkside Lounge which is included in the ticket. The ticket to the game also includes FREE cover into the Commodore Grand Café and Lounge, and Cactus Jacks Saloon Night Club.

The hockey club will also be unveiling their new vintage jersey on Friday night. The team will wear the jersey throughout the 2011-12 hockey season.

There will also be a ceremonial puck drop with Kamloops legend and Blazers co-owner Mark Recchi prior to the game. Recchi’s NHL career, which spanned 22-seasons, culminated this past June with his third Stanley Cup Championship with the Boston Bruins. A limited edition picture will be handed out at the front doors for the first 4000 people to enter the building.